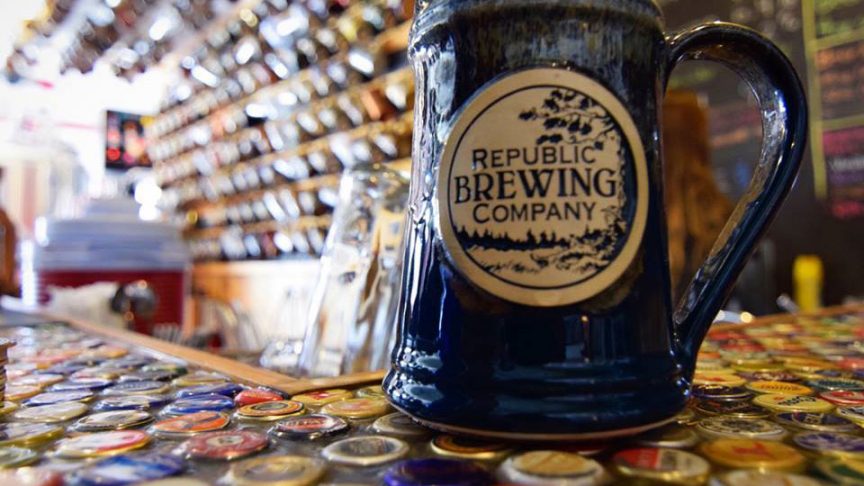 Since 2011, the Republic Brewing Company has been hosting a popular pub trivia night every second Thursday of the month from October through April. It is, without question, one of the most popular events in town during the “chilly seasons” here in Republic. Patrons of all trivia levels come from miles around, in teams of three, to participate in roughly 3 hours of both serious and silly brain-benders. 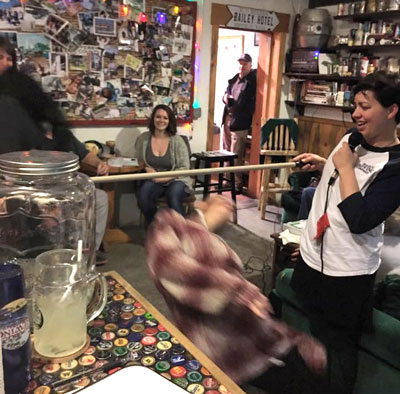 A classic limbo-off during a tied round

Throughout the seasons, the brewery has had the same beloved trivia emcee. Arwen Woolley (who also own The Outfitters just down the street from the pub), grew up in our area and works together with another long-time local, Emily Burt, the co-owner of the brewery, to ensure that each month’s trivia night is jam-packed full of mind-boggling questions and interesting lore. There’s even a puzzle to work on during breaks.

Aside from the beer and merrymaking, to make it even more fun, if you win one of the 3 or 4 rounds of trivia in a given evening, you get to pick the music during the break between rounds. Tie with a fellow team? You might be challenged to a dance-off for the music-picking prize.

Recently, we sat down with Arwen to talk trivia:

1. How long have you been hosting trivia?

2. How many teams do you have on average?

We usually have at least a dozen teams. (Author’s note: the place can fill up fast, so get there early!)

3. What is your favorite part about emceeing trivia night?

I love seeing the camaraderie and interaction between the teams, I love that nobody takes themselves too seriously and is willing to take part in dance-offs and thumb-wars as tiebreakers.

I think the funniest moment was in the fall of 2015 when Emily was about 8 months pregnant. Her glass slipped and fell on the floor. With perfect timing, an audience member immediately said “Oh no, your water broke!” and we all dissolved in laughter.

5. What do you love most about Republic? About the brewery?

The thing I love most about Republic is the sense of community, which really comes down to the individuals that make up that community. And the brewery, well, what don’t I love?!

So, are ready to test your knowledge game? The next trivia night is on Thursday, November 8 from 6 to 9 pm. A word of caution though: it is rare that the pub isn’t packed during one of these evenings of trivia, so if you’re a new team, get there early to sign up! And if you don’t have a team, just show up and you’ll likely be matched with another group of new friends.

There are no upcoming events at this time.